This is a follow up posting to my popular blog entry on reducing the Sharepoint DB log files, posted back in 2010.

When we deployed SBS 2008 servers back in 2008 and the following years, Microsoft told us to size the system (C:) drives to 60GB. All deployed there would typically be about 20GB of disk space left. However the WinSXS folders have over the years grown and now occupy at least 15GB of disk space, leaving apprx 5GB to play with. So tuning and conserving disk space on a SBS 2008 server has become a (not so) favourite maintenance task on our early SBS servers.

Here are a few tips and links to clean-up tasks we perform.

The SBS team has released their own blog post that is fairly comprehensive, see 'Recovering disk space on the c drive in SBS 2008'.

If your site uses Sharepoint extensively, make sure you check out 'Reduce a huge Sharepoint MSSCrawlURLLog table in the WSS_Search database',  by Charles De Guchteneere.

Next up is the SBS Monitoring database, which is again a fix by the SBS team, see '
How to Recreate the SBSMonitoring Database'.

While there, stop the Windows Small Business service, then navigate to the
C:\Program Files\Windows Small Business Server\Logs\MonitoringServiceLogs
folder. You will note two large log files:
ConfigurationHelper_Policy.log
DataServiceComponents.log
Rename them to .bak and create two empty log files with the same name. Once the service has been resatrted and you don't think you need the contents of the files need to be checked, you delete them. Bang, often 1GB of disk space freed! 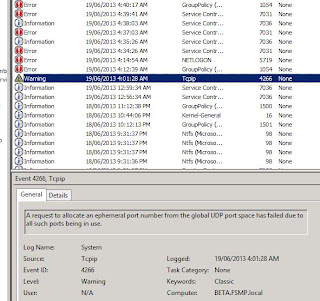 Cut and paste the above into notepad and save as a command file (.cmd), then run it and the firewall rules for the server are set!
Posted by Felix Burkhard at 17:55 9 comments:

I recently needed to assign an email alias for a user. In Wave 14 administrators were able to set "extra" Exchange options for an Office 365 users mailbox through the standard web interface:

However in Wave 15 I was unable to find these settings for customers on P or M plans (right hand picture, whereas E plans (left) still have the option:


Voila! Now you have access to the extra Exchange options! 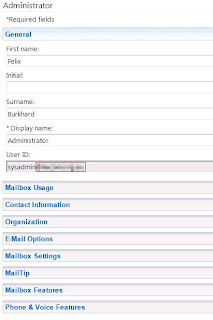 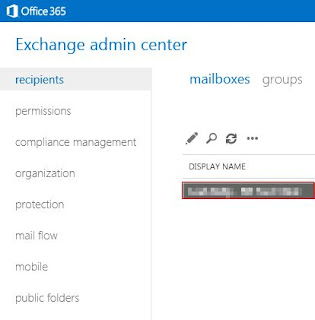 Update - July 2013
Due to the dynamic nature of Office 365, things change... The above option and trick is no longer available for end users. However, administrators can now once again add additional email addresses for users. Simply select/edit the user account, then use the edit 'email addresses' link!!
Posted by Felix Burkhard at 09:20 2 comments: 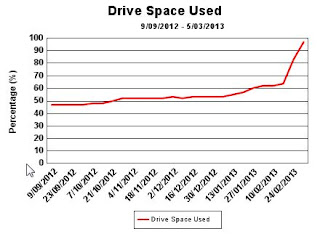 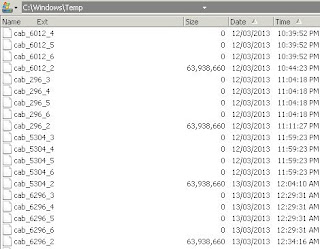 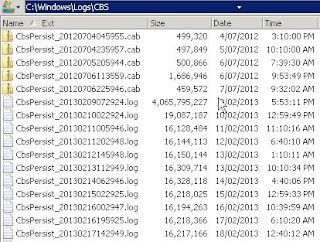